In the global marketplace of 2020’s both developed and developing economies energy markets are rapidly transforming with both the expansion of competition-based energy markets and power exchanges (PXs), as well as the tremendous growth in renewable energy (RE) generation and the fiscal and financial incentives they entail, as well as the growth in markets Renewable Energy Credits (RECs) and the monetization of green energy environmental attributes, carbon emissions off-sets, and carbon credits. Taken together, these rapidly growing long-term changes in global energy markets have created important opportunities for private corporations, industries, and other investors in the energy markets to significantly reduce their risks through creating, negotiating, and even trading new Corporate and Virtual Power Purchase Agreements (C&V PPAs) for renewable energy (RE).

While C&V PPAs are similar to “traditional” PPA models, they have important differences and advantages that investors and energy market participants must understand. Under traditional PPAs, large, often vertically-integrated and state-owned off-takers, or regulated investor-owned utilities (IOUs) contract with private power developers for the design, financing, construction, and operation of brand-new renewable power facilities, and commit to buy all newly-generated power (or “deemed energy”) for the entire term of the plant’s operational life – usually 20-25 years. However, C&V PPAs allow much greater flexibility for corporations, industries, and energy market investors to hedge against future power price volatility and to lock-in important benefits, such as long-term RECs, through “Virtual” PPAs. Virtual PPA contracts, as derivative instruments, even enable corporate investors to purchase important Renewable Energy Credits (RECs) and Environmental Attribute Certificates (EACs) without requiring the direct physical generation, delivery, or consumption of renewable power. Such C&V PPAs models are becoming increasingly attractive to key investors and consumers of the growing RE global market, such as in data centers, logistics management, as well as industrial manufacturing, as well as the growing market of RE power developers, green energy investors, and producers of renewable solar, wind, hydroelectric, biomass, and geothermal power.

This interactive 5-session workshop will provide clear explanations of the new models of Corporate & Virtual PPA contract structures, risk allocation, and tradeability to ensure contract bankability, of allowing RE investors, suppliers, and consumers to compete in green energy markets and power pools. The practical models for C&V PPA credit enhancements will be demonstrated through a series of real case examples of C&V PPA contracts, renewable project finance transactions, and competitive energy markets. Case Studies will include real examples from the USA, the EU, and selected emerging market economies.

Live Online Course – How It Works

The structure of our virtual learning program is designed to keep the same levels of engagement and networking as our on-site public courses. Course content is delivered through our easy-to-use online learning platform and is supplemented by case studies and practical exercises.

Like our classroom-based public courses, you will have live interaction with our course facilitators and other participants. Our live online courses are led by our experienced instructors, who will provide you with easily digestible content, using knowledge learned from many years in the industry, during scheduled times. Delegates will receive copies of the course materials electronically.

This workshop features a dynamic combination of experiential exercises and practical case studies to reinforce the ability of participants to actually apply C&V PPA analysis, structuring, and negotiation techniques to real transactions and contracts. Case studies of C&V PPA transactions will feature the real-world details of PPA feasibility reviews, contract structures, impact assessments, and REC and EAC valuation and monetization to provide participants with a first-hand understanding of the challenges of C&V PPA transaction documentation. Experiential exercises will place participants into the practical roles of key management decision-makers who not only need to analyze and understand RPPA investment proposals, but who have to negotiate practical RE PPA terms & clauses and to make real-world decisions on transactions. As a result of actively engaging in this workshop’s interactive methodology, participants will be able to make practical decisions on renewable power transactions for their organizations following the workshop’s completion. 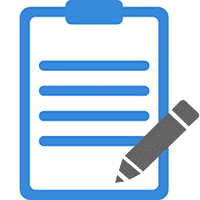 We would like to customise the workshop based on your specific needs. Pre-Course Questionnaire will be sent prior to the workshop for analyse in advance and to be addressed during the course. 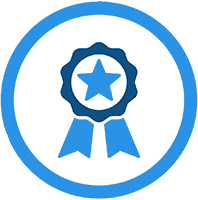 Upon the successful completion of this course, you will receive a Certificate of Completion bearing the signatures from both the Course Director and the Course Organiser. This Certificate will testify your endeavour and serve towards your professional advancement. 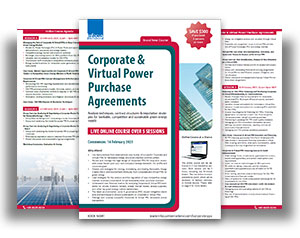 What People Are Saying

❛❛ A well delivered course and a trainer with deep experience. Particularly valuable sessions included the group work negotiating a PPA. ❜❜
European Bank for Reconstruction and Development
❛❛ Excellent! There are many interesting topics which cover almost all relevant issues in electricity market, such as market reform and PPA negotiation. And the speaker is simply great. ❜❜
Electricity Generating Authority of Thailand
❛❛ This training has increased my understanding about reviewing and analysing of renewable energy PPA. Very informative. ❜❜
Department of Treasury
❛❛ Excellent workshop, business oriented and perfect for getting a global view of good practices. ❜❜
Eneo Cameroon SA
❛❛ This was well delivered training - covering many aspects both theory and practical. ❜❜
Marsh
❛❛ I wish to express my thanks to you for the chance given to follow this training. Since I am an Engineer, I come from a very technical background and through this training I have learned a lot about the purchase agreements’ terms and laws. ❜❜
Central Electricity Board

Valuable lessons to be learned from the European experience

A comprehensive, up-to-date and business-focused roadmap to success in delivering solar power growth, today and tomorrow

The new economics of power markets in a low-carbon world